(FYI, my last named used to be Kraemer, which is why that’s the name in all the clips)

The Nation: Texas’s Voter-Registration Laws Are Straight Out of the Jim Crow Playbook

The Bus Federation’s “secretary of states” is Henry Kraemer. He’s 29 years old, with a scruffy beard and a tattoo of the last 10 words of the Gettysburg Address on his back. He admits that he’s “infected with the quirk of Oregon pretty intensely.” He was wearing red Vans and a tie with American flags and a bald eagle on it when I met him. 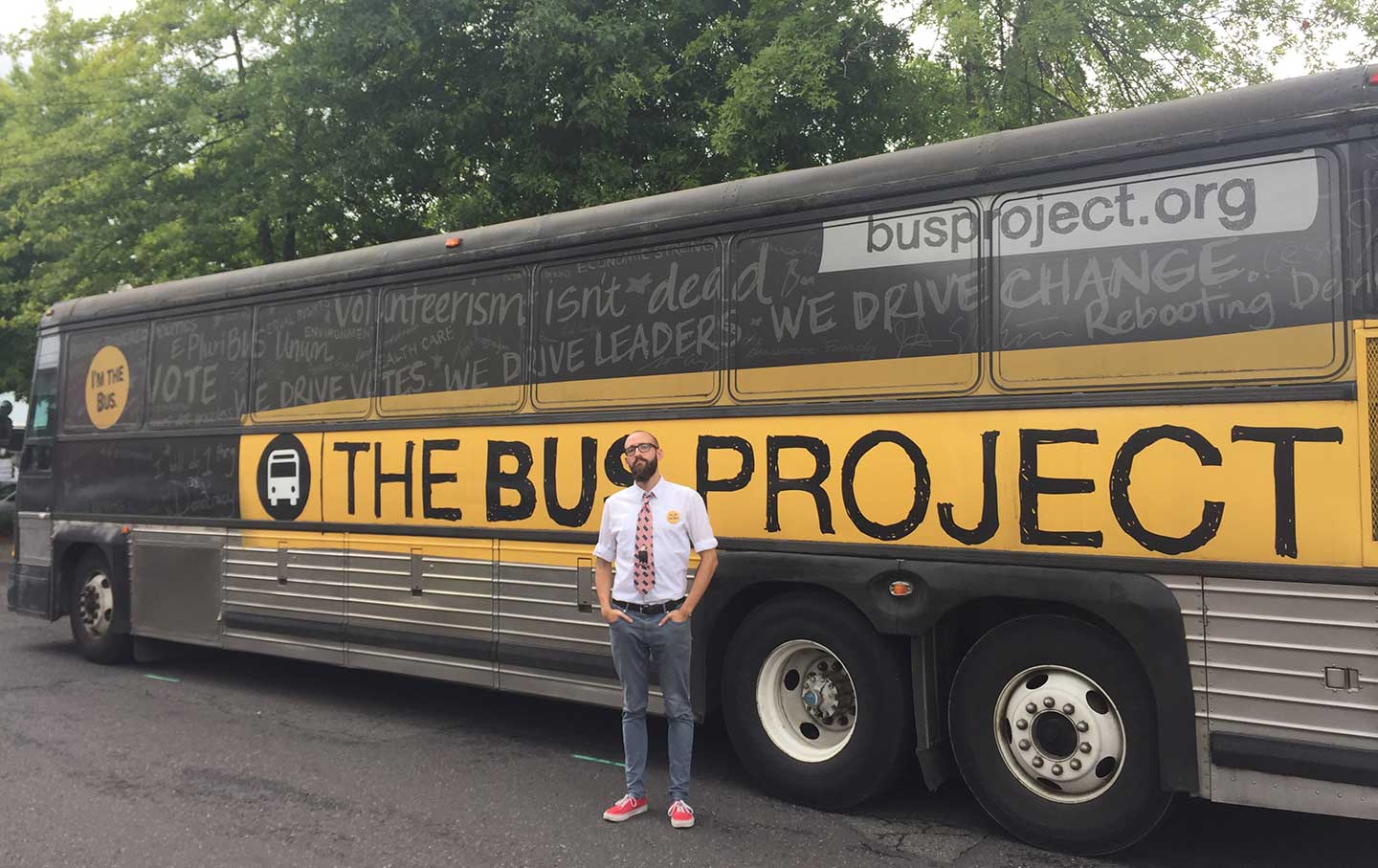 During the 2008 election, the Bus Project registered 23,000 new voters. But Kraemer couldn’t stop thinking about all the people it didn’t reach. After the election, the group’s organizers sat down and thought about how to get rid of voter registration as it currently exists. Since 1951, North Dakota has held elections without a voter-registration list. Historically, registration laws have been used in the United States to prevent people from voting, including African Americans in the Jim Crow South and immigrants in states like New York and California in the early 1900s.

Kraemer learned that a number of industrialized countries—including Canada, France, and Sweden—automatically register their citizens to vote based on information the government already has. Iraq, of all places, used an automatic-registration system for its elections after the US invasion. “It seems like we do a lot of things better than the rest of the world,” Kraemer says, “so why don’t we do voter registration at least as well as the rest of the world?”

In 2009, he pitched the idea of automatic registration to Kate Brown, Oregon’s newly elected secretary of state. Brown had won her first race by just seven votes and shared a passion for expanding voting rights. She wanted to build on Oregon’s history of political innovation (in 1998, it became the first state to conduct its elections entirely by mail, sending a ballot to every registered voter).

Read the rest at The Nation.

Hear the whole story at Reveal.

Will Housing Swing the 2020 Election?

Kraemer and Harrison acknowledge that they’re calling for a moonshot, especially when it comes to strategies to decouple the nation’s essential shelter needs from its fundamental wealth-building assets—the essential paradox at the heart of American housing policy. But they say that a lot of the ideas that they recommend have been tried before, in one form or another. And anyway, the problem can’t be solved by piecemeal solutions.

“We’re dealing with 50 years of deferred maintenance on the supply of homes for the American people,” Kraemer says. “We’re dealing with over a century of violent racist oppression that’s manifested in how the built environment is created and how homes are created and marketed and sold and rented to low-income people and people of color.”

With this platform, Data for Progress hopes to challenge several cherished articles of faith among liberals and housing experts alike. Among them: The notion that the entire public housing system since the 1960s has been a failure. Far from being a disaster, public housing works, Harrison says. (Given the $32 billion in capital repairs that the New York City Housing Authority alone needs in order to make its public housing stock safe for residents, that’s a quixotic assessment.) Public housing was set up to fail, the socialist housers say, and a government whose priorities were not racist in a systemic sense could make public housing work. “Good public housing in America didn’t die of natural causes,” Kraemer says. “It was assassinated.”

Read the full piece at CityLab.

HuffPost: There’s More Good News For One Of The Country’s Biggest Voting Reforms

Henry Kraemer, program director at the Alliance for Youth Action and an activist who helped lead the push for automatic voter registration in Oregon, said the numbers are encouraging.

“375,000 new people added to the voter rolls in Oregon is clearly an extraordinary result ― that’s over 12% of Oregon’s eligible voters who can now exercise their right to vote, in just over a year,” Kraemer said in an email. “Automatic voter registration is working for Oregonians, and it’s a great sign that it will work for the rest of the country.”

“The opt-out number is also right on track from predictions ― around 90% of eligible citizens are getting registered, and 10% are choosing to opt out,” he went on. “Not only does that mean the opt-out is working for people who want it, but it also shows the vast majority of people want to be registered and are exercising their right to vote ― many for the first time in their lives.”

Read the full piece at HuffPost.

“During this debate, he rose his tiny baby hands above his head and said they were normal sized,” Kraemer said. “I think this issue raises a lot of questions. He lied about his hands, so what else is he lying about?” 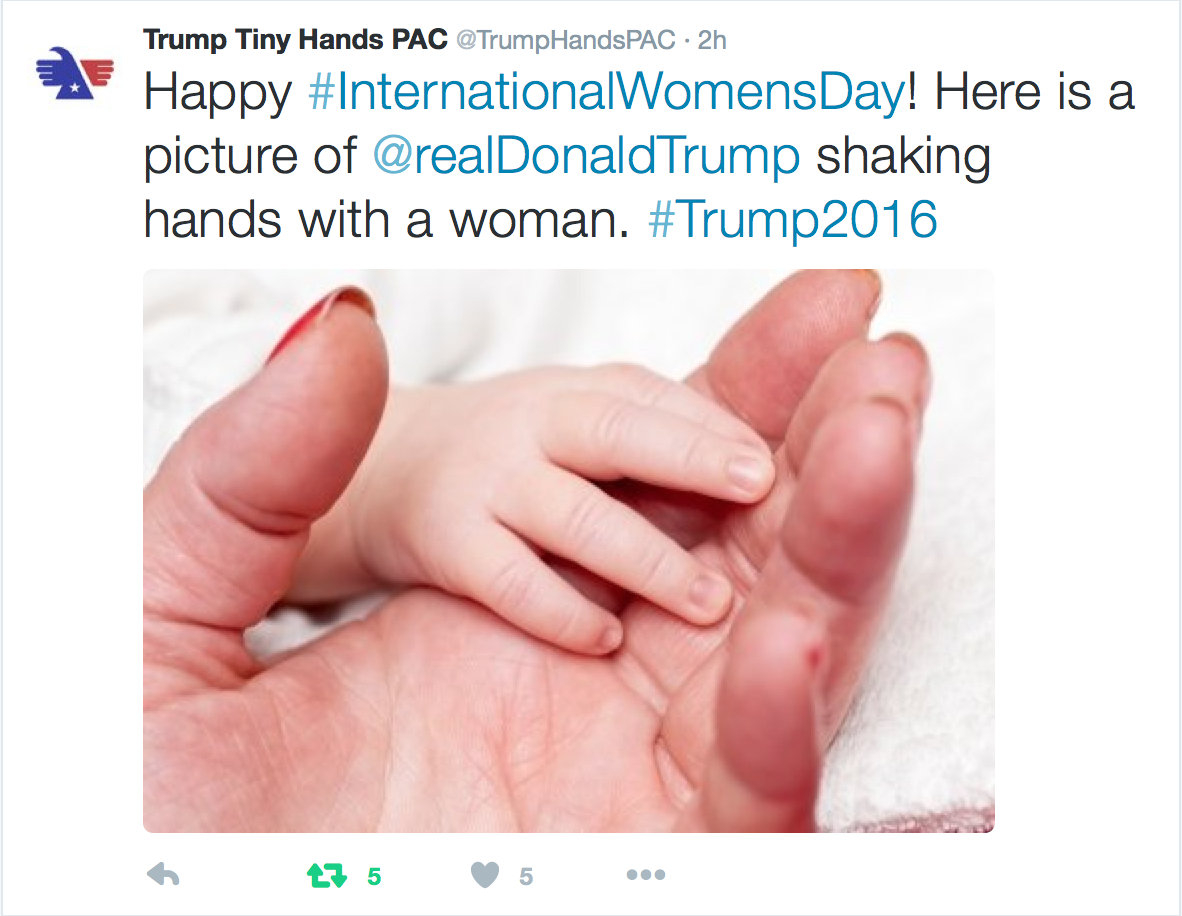 Kraemer said that he is bothered most by the fact that Trump attacked President Obama about his birth certificate—even after Obama furnished his birth records. On the other hand, Trump is under fire for his small hands but he won’t release the measurement of them, Kraemer said.

The committee’s website solely consists of a link to sign a petition, “Donald Trump, release official measurements of your hands!”

Read the rest at Willamette Week.